MEET OUR TOUGHEST TRAINERS. Our team is a family of passionate and driven superheroes that understand how important it is to offer a killer support system and how rewarding it feels to live a healthy BUTT-KICKING lifestyle. If you are ready to be a part of our community, there’s no better time than right now. GO TEAM. 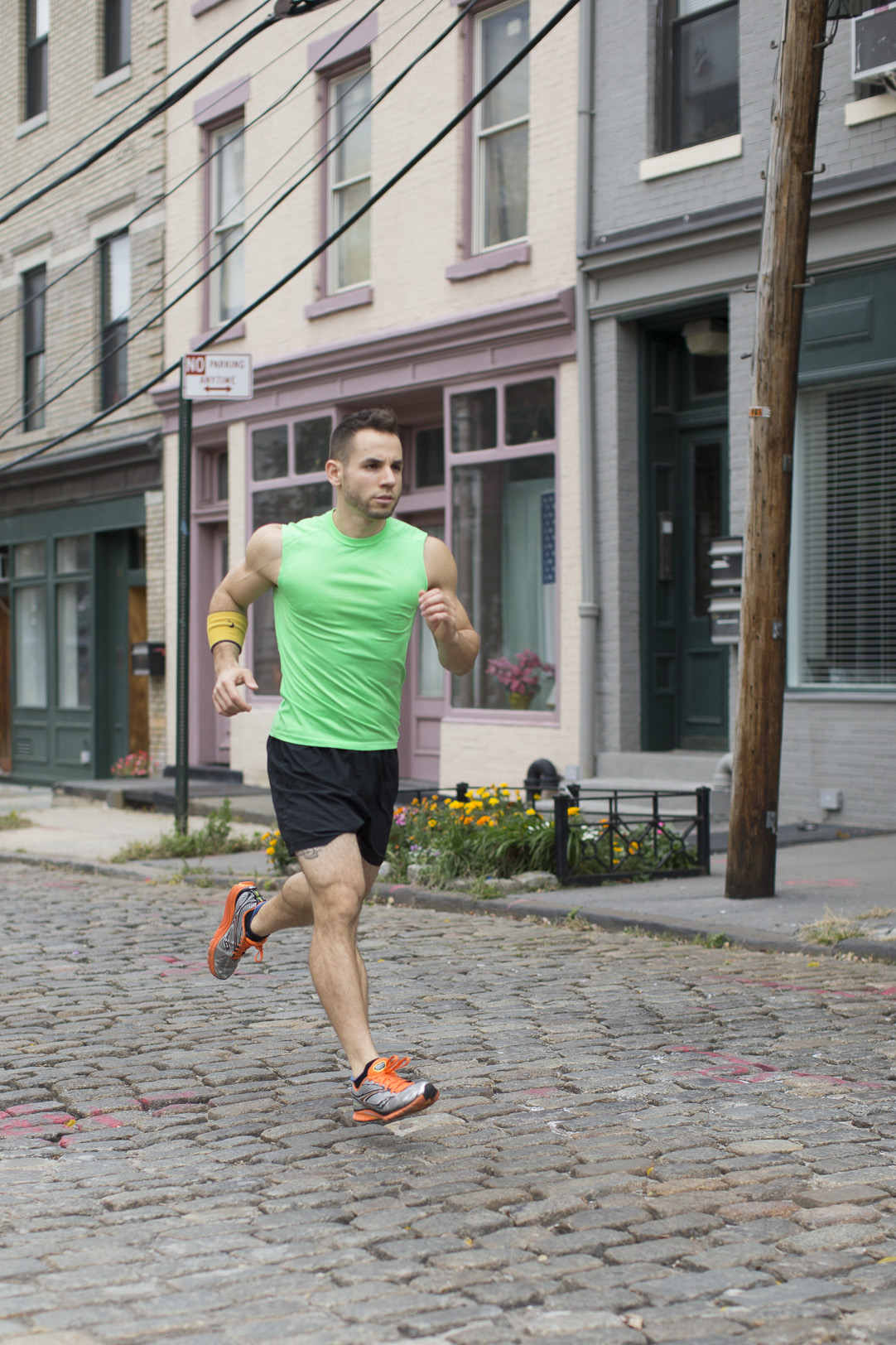 “My fitness story is a little different. I did not grow up an athlete or extravert. In fact quite the opposite..
My mother owned a local fitness studio, BodyFit, Inc-She was a pioneer in personal training as a Science and an Art. Being a rather ‘spirited’ kid, Mom’s gym became my haven. She was able to stylize the science behind the sweat…introducing me to a whole new way of connecting with people. I just didn’t know it yet. …
Over time life got busy, I had my head in other places  and I moved on.

Unfortunately my mom passed away in 2010.
As a part of my healing process I immersed myself in the world of personal fitness:   Intense training…injuries… unlearning…racing…re connecting……  repairing and rebuilding. It was amazing how much she had managed to teach me (despite the above).  And the more I trained and immersed myself into this world – the closer I was to her.

Fitness is so more than a career for me, it’s a way for me to honor my past, present and future. –a  purpose.

A few years ago, I added Boot Camp to my training regimen. What an amazing difference this has been for me. Not only has Boot Camp helped me to reignite my passion for creative fitness, but I am now surrounded by like minded professionals and individuals. The synergy is amazing.
I also feel “foundationally strong” – something I have always wanted to achieve.
Being a part of Brooklyn Bridge Boot Camp has taken me to a whole new level of fitness and enthusiasm – something I am looking forward to sharing with my
clients.”

Through his personal background, extensive certifications, training and experience,

Paul comes to LA with a winning perspective for his clients and the Santa Monica Fitness Community.

Ariane’s love of New York City, combined with her passion for fitness and nutrition, are the inspirations behind the Brooklyn Bridge Boot Camp, which she built from the ground up in 2008. Today, it is often referred to as “New York City’s toughest workout.

Ariane has been featured on NBC, Fox 5 News, ABC News, British, German and International TV shows, in magazines and newspapers, such as the New York Times, New York Post, Lucky Magazine, Shape Magazine, Glamour, Fitness, TimeOut New York and Women’s Health as the creator of the Brooklyn Bridge Boot Camp. She also provides expert advice on fitness and nutrition to outlets such as MSN Health, Life & Style, Self.com, and various fitness publications, among others. Her unique boot camp has been called “Best Bikini Boot Camp” by Lucky Magazine. Vogue Magazine called it “Best Winter Outdoor Workout”, and Self Magazine voted it among the “Top 33 Hottest New Workouts in the US.”

As Clinical Nutritionist Ariane has created a tremendous following for the NutriBullet after falling in love with it herself. She runs 21-day-long Detox programs using the green smoothies as a tool to create impressive health changes. She has also created Detox programs for the NutriBullet company and is a spokesperson for Gerolsteiner, the world’s #1 sparkling mineral water.

Her month-long intense fat loss program, “Slim & Strong” has been selling out month after month for the past 6 years. It has enjoyed immensely positive feedback from its more than 10,000 participants. Her Brooklyn Bridge Boot Camp DVD has become a popular at-home workout and she is currently producing a series of workout videos for German and American websites for boot camp fans who can’t make it to the Brooklyn Bridge. Additionally, Ariane offers boot camp retreats in Costa Rica, Belize and Upstate New York, corporate workshops, and creates detox programs for the NutriBullet Company. 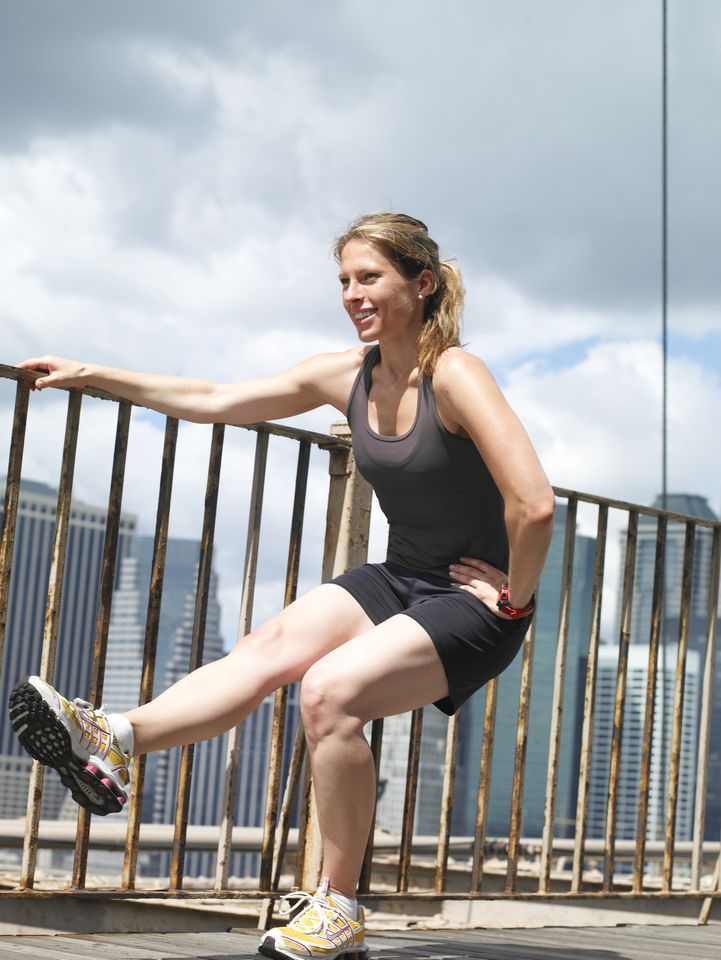 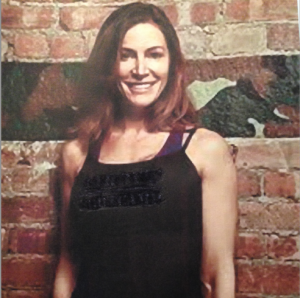 Felicia has more experience teaching fitness classes than you have going to high school and college, so look out for her fun, intense and challenging classes. Felicia will not only help you break through your physical limitations, but also make you transfer that experience into real life. Goodbye limits and hello transformation!

Caitlin Venedam comes to us from Brooklyn by way of the Jersey Shore. A triathlete with a background in martial arts, Navy ROTC and comedy. She specializes in bodyweight training, endurance training and BUTT-KICKING!
Caitlin’s energy and enthusiasm is contagious! She accepts nothing less than your 110% and she always leaves you with a sweaty, accomplished smile. 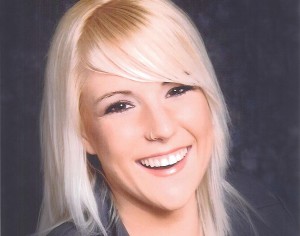 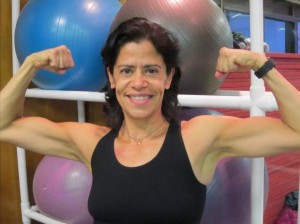 Myrna is a certified Personal Trainer with a unique back story in that she has undergone a radical physical transformation—she’s lost upwards of 65 pounds—as well as completely redefined her lifestyle—going from sedentary to drill sergeant—in just over a year.
After watching the scale creep past 200 pounds, Myrna decided to give her diet and exercise regime a complete overhaul. She joined Slim and Strong (as a participant), where, as the weeks went by, she started noticing that not only was she getting stronger, leaner, and more fit, but that she was actually good at this exercise thing. In a classic Karate Kid, student-becomes-teacher type plot twist, Myrna’s hard work, perseverance, and positive outlook led her to eventually become an instructor at BBBC and as of recently the manager of Brooklyn Bridge Boot Camp.
Keeping with this pattern of reinvention, Myrna recently left corporate HR to make a career out of elevating HRs! Life as a fulltime trainer has been a good one (have you seen the guns on this woman?), but the best part of the job for Myrna is fulfilling her passion of helping others change and improve their lives through fitness.
Seeking inspiration, along with a good-for-you beat down? Catch Myrna (if you can!) on the Brooklyn Bridge.